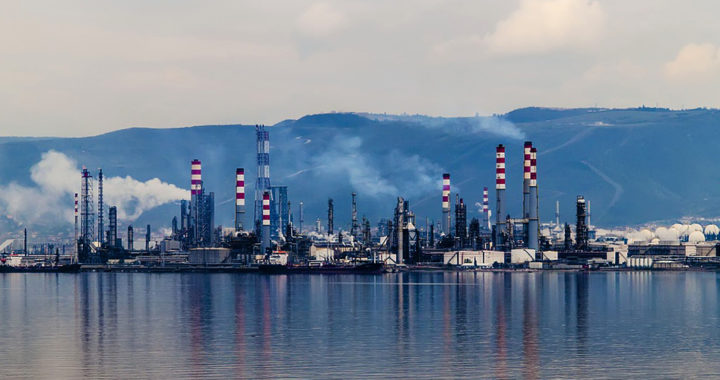 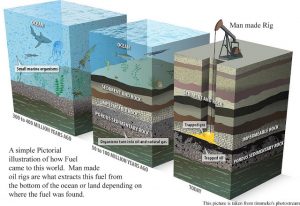 Oil and natural gas are formed by organic matter deep in the earth by dead plants and animals. This formation typically takes millions of years under very specific pressure and temperature conditions.

When plants and animals die, they are exposed to ambient air or oxygen-rich water which causes it to oxidize. All elements contained in the matter combine with oxygen in the air and breaks down into the water, carbon dioxide, nitrates, sulfates and phosphates that return to nourish new plants.

Some of this organic matter escape this fate and are transported by the water where they end up at the bottom of the sea or in large continental lakes. At a depth of 2,000 meters and temperature of 100oC, kerogen begins to release hydrocarbons. Between 2,000 to 3,800 meters, it turns to oil. This depth interval is also known as the oil window. Production of hydrocarbons peaks at 3,800 to 5,000 meters. Liquids become lighter and gradually turn to methane gas. This depth interval is referred to as the gas window.

It takes about 60 million years for dead animals to become liquid hydrocarbons with an average sedementation of 50 meters every million years.