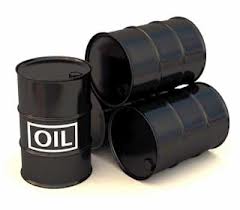 The gases contained in crude oil are highly volatile. Therefore, if the crude oil is exposed to the atmosphere for a long enough period of time, these volatile oil components evaporate from the oil. When crude oil is being produced, the pressure and temperature will continue to drop until the oil gets to the ground surface.

It is this pressure that causes the release of dissolved gases, thus making them come out of the solution. When the oil reaches the surface separators, more gases will leave the solution. This further reduces the number of gases in the oil even further.

Remember that what makes up crude oil is the natural gases and volatile components that it contains. After reaching the surface during production, if all of these gases and volatile components have been stripped off the crude oil due to pressure and temperature, the remaining oil is termed as dead oil. And under standard reservoir conditions, oil existing in a dead state will be difficult to produce from a reservoir.

For crude oil to be termed as either alive or dead is determined by the presence or absence of natural gas and other volatile gases. Dead oil has zero solution-gas oil ratio, and it is thicker and more viscous.

Producing From a Dead Oil Reservoir

It is also possible to mechanically strip oil of all its natural gases and volatile components so that it becomes dead. Some oils, however, can be found in a dead state while still in the reservoir. Examples of such oils are bitumen and tar sand. They flow with difficulty due to their high viscosity.

With every problem, there is a solution. In order to lighten oil, gases and other volatile components can be injected into it in the reservoir. This will make the oil less viscous and easy to pump. Another method is by steam injection. This makes use of heat to reduce the oil viscosity, thereby leading to an increase in oil production.